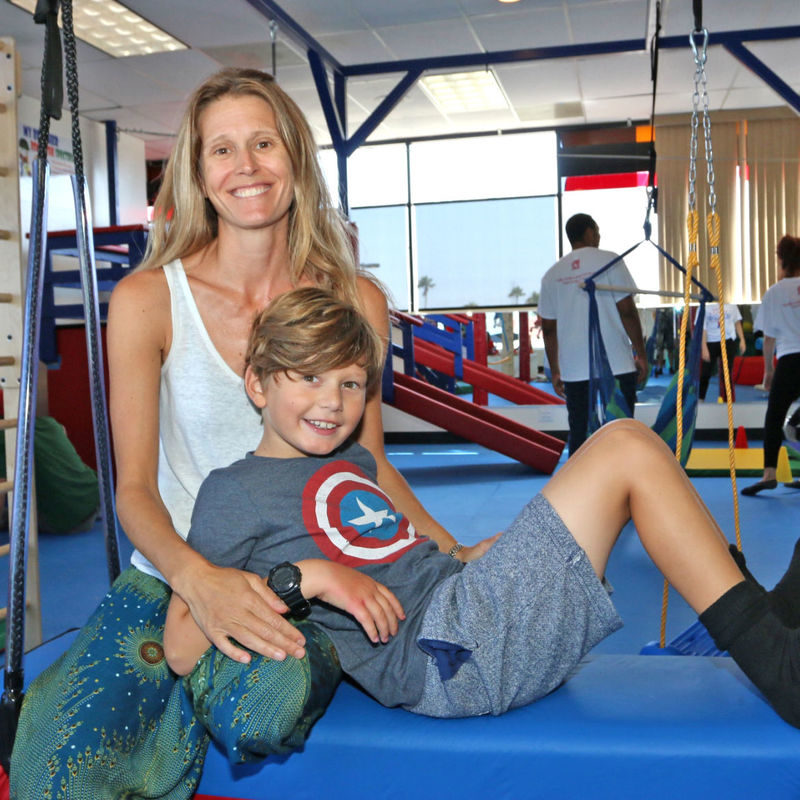 Sensory gym, We Rock the Spectrum, opens in Redondo Beach – The Beach Reporter

Dina Kimmel was moved to tears on Saturday hearing about what the company she created meant for a mother with a child who has special needs.

In 2009, Kimmel opened the first We Rock the Spectrum sensory gym, offering an indoor play space specifically geared toward children with autism and sensory disorders. Three years ago she franchised the idea and on Saturday opened a new location in Redondo Beach near the South Bay Galleria.

Mother Elizabeth Bloom said the play equipment and the space in general has brought out confidence and an ability to participate in her son Bodhi that she doesn’t see from him among other playgrounds.

Occupational therapy with gross movements—or large movements like swinging, running and jumping—has proven important for children with developmental disabilities, Bloom said. For her son Bodhi, who has visual and muscle coordination issues, going down a zip line with ease represented a major accomplishment.

“For the first time in his life he can give himself the feeling to let go and have that exhilarating experience,” Bloom said.

Franchise co-owner Sabina Sandoval, who along with Sharalle Horn of opened the Redondo Beach location, said she was inspired to become an owner after visiting another We Rock the Spectrum in Woodland Hills.