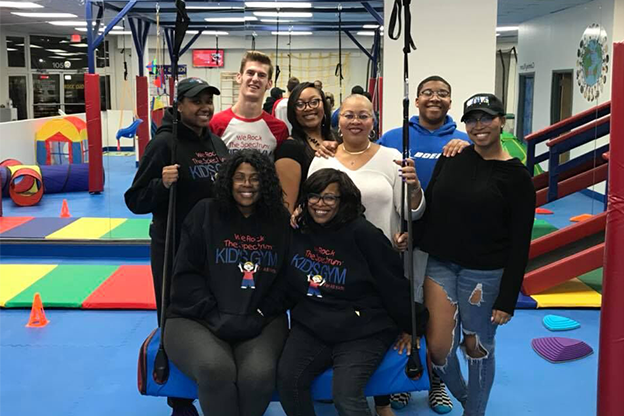 The We Rock the Spectrum franchise expanded to another town in Missouri! On Saturday, March 24th, 2018, We Rock the Spectrum – North County STL opened its doors to their community. Single mom and proud new owner, Celeste “C.C.” Brown, began her journey with autism after adopting her son, Chance. In April 2016, Chance was diagnosed with ASD, which led C.C. to search for all the possible resources, workshops and therapies in order to enhance her son’s development. Aside from therapy, C.C. noticed the need for Chance to have social interactions with others, as trips to the park, and even birthday parties, were anything but typical for him. That was when C.C. discovered the We Rock the Spectrum – Fenton location, and where she went and became a member to. Seeing the growth in Chance’s processing and social skills prompted C.C. to look into bringing her own We Rock the Spectrum gym to share with her North County St. Louis community.

North County STL’s grand opening event was nothing short of a success, with a huge turnout from the community! We Rock the Spectrum Corporate members, Patrice and Shane, flew out to assist with the event – and even Cynthia and Tom Tipton of the Fenton location came out to show their support. Not only was there plenty of sensory fun and smiles going around, but there was also plenty of food to keep everyone full and energized throughout the day’s festivities. Special thank you’s to Pizza Hut, Buffalo Wild Wings, Cecil Whittaker’s Pizzeria, White Castle, Tony’s Donuts and many more establishments for their generous and abundant donations! 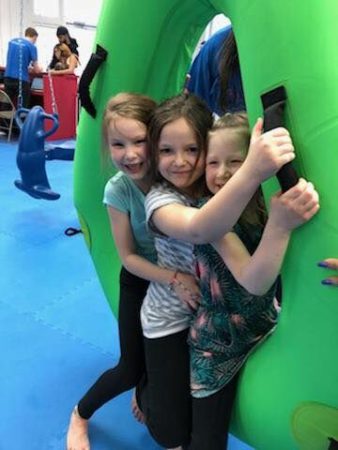 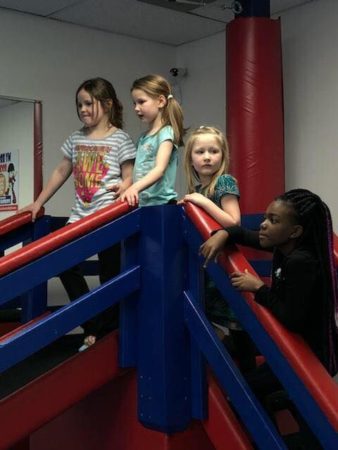 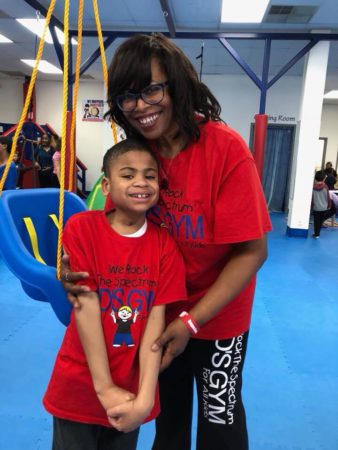