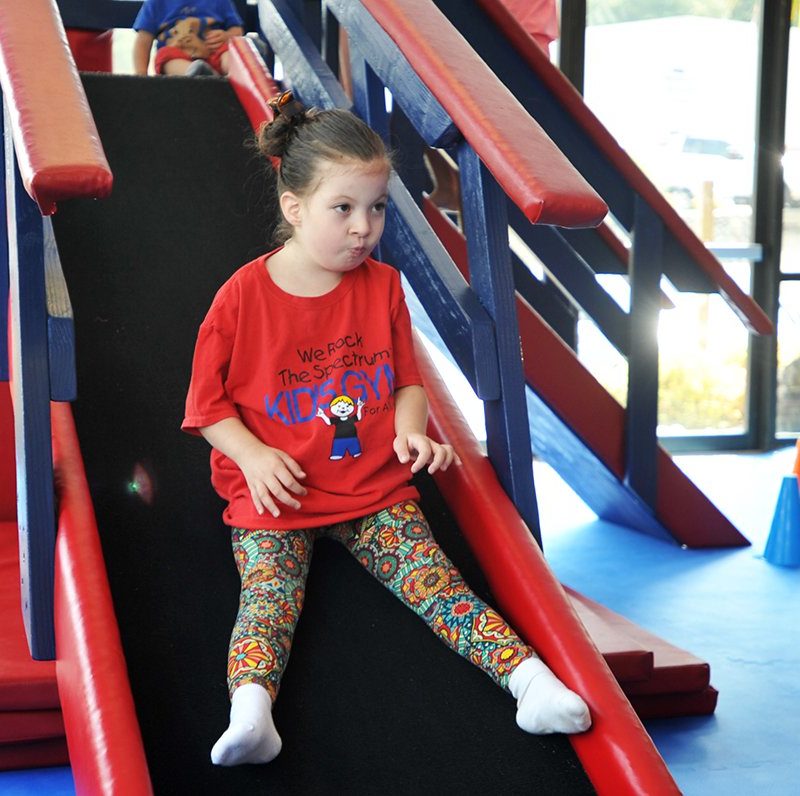 It was the fifth time that Dina Kimmel was told she no longer could bring her autistic child to play at a public kids’ facility that made her realize she had had enough. Drying her tears of anger and frustration, the former Georgetown resident decided to do something about it, once and for all.

And while it wasn’t just once — with Kimmel today amazed at having 70 We Rock the Spectrum Kids Gyms in the franchise she began just eight years ago — it definitely is for all.

The latest opening of one of the play places where children are not turned away because of their genetically dictated behavior was Saturday, July 28, in Placerville, where a childhood friend of Kimmel’s was taking a leap of faith in opening up at 1412 Broadway.

Keri McAtee, with the support and partnership of her husband Patrick, was all smiles during Saturday’s grand opening that saw folks lined up a half hour before it opened to get inside the  sunshine-lit gym that features equipment geared toward those with sensory deprivation. Those on the autism spectrum often do not sense their environment the same as others, so special gear is available to accommodate their needs and offer some fun and therapy.