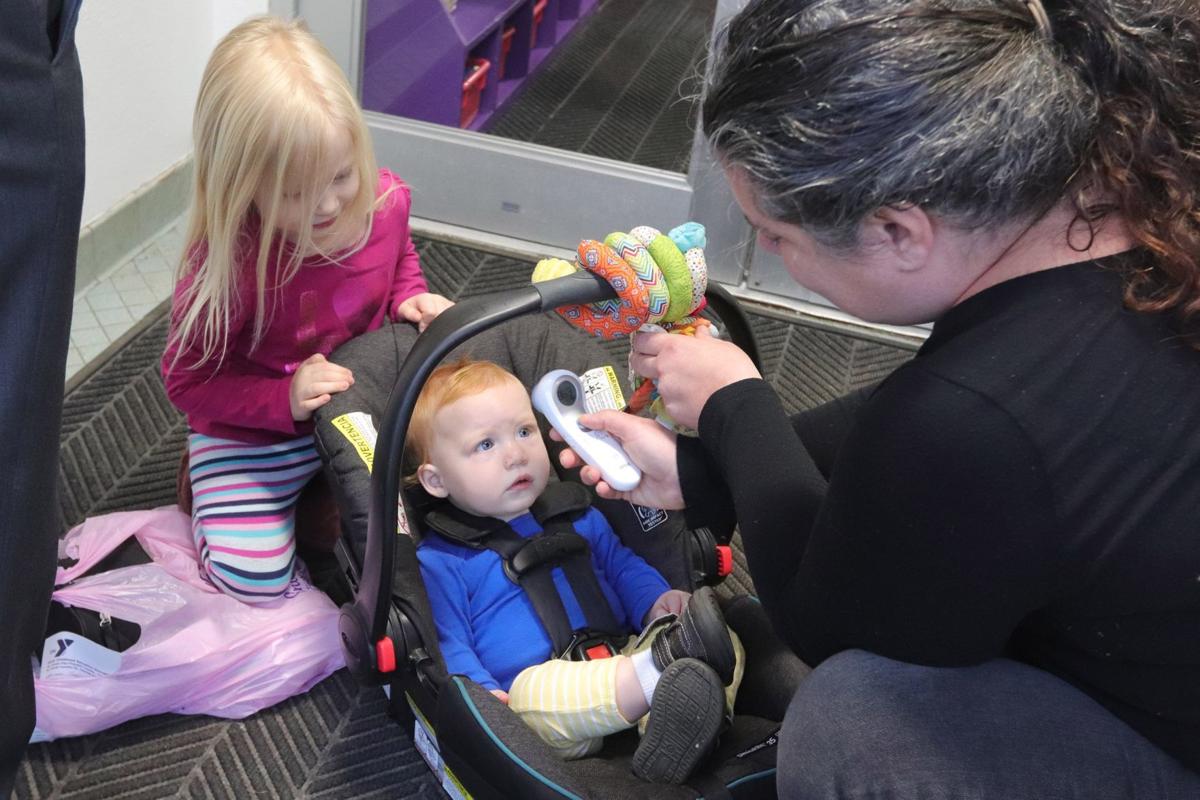 A number of child care centers in the St. Louis region are tailoring their staffing and hours to meet the needs of first responders, medical staff and other essential workers who are on the front lines of efforts to contain the spread of the coronavirus.

One such worker, Emily Kemp, is a nurse at Barnes-Jewish Hospital who said there’s a “heightened sense of heaviness” as she wears protective gear at work. Sometimes the patients she’s helped need to be tested for the virus.

Kemp’s usual day care at the Mid-County Family YMCA in Brentwood closed for several days to clean, she said, leaving Kemp’s husband to care for their two young children while also working from home as an engineer. But then the YMCA reopened to care for the children of first responders and other essential employees.

“We are able to meet the needs of the community and can stop and pivot to meet those needs as they arise,” Gateway Regional YMCA Vice President of Childcare Services Laurie McTearnen said. “We want the opportunity to truly support all those families of essential personnel who support all of us when they go to work every day. We want them to feel good that their children are in a safe, fun, high-quality environment so they don’t have to worry.”

Mary Margaret Daycare and Learning Center is offering child care services at four county locations as well as at the Children’s Learning Center in High Ridge, and offering child care to only medical workers and first responders at its location at 3800 Watson Road in south St. Louis. The center has extended its care hours from 6:30 a.m. to midnight.

Carmi Dudash, director of Mary Margaret Daycare, said despite publicizing the center’s services, attendance has been low so far and administrators decided to close four centers. Staff are taking children’s temperatures at the door and doing extra cleaning, she said.

“I think people are just kind of leaning in the opposite direction,” Dudash said. “They’re fearful of going anywhere, so if they have the option to keep their children at home with their spouses or other family, I think they’re choosing that.”

We Rock the Spectrum in north St. Louis County is offering free child care, but it only has eight open slots for children. It isn’t licensed as a child care facility, but it tells parents to pack their own meal, snacks and water for their child, and has a child-staff ratio of 4 to 1, owner Celeste Brown said.

The free program is funded by We Rock the Spectrum’s nonprofit arm, My Brother Rocks the Spectrum Foundation. They don’t take temperatures, but they do monitor the children for sickness and do extra cleanings, Brown said. It’s important to be available for parents who have to work during the pandemic, she said.

“Some of them have no choice but to go into work,” Brown said. “They’re keeping people alive, they’re working very hard, and as a parent I know how stressful it can be when thinking about your own child.”

“I was feeling very torn between family and having to go to the hospital every day,” Kemp said. “When I was told they could go back to the YMCA, it was a huge weight off my shoulders as a mom and as a nurse practitioner … I’m worried about work, and I’m worried about home, and obviously I’m worried about this virus. But I don’t have to worry about (my children) being there.”

The criteria for eligible families depends on the location of the center — in St. Louis, that only extends to first responders, doctors and other health care workers. But in the surrounding area, it can extend to others whose work is deemed essential.