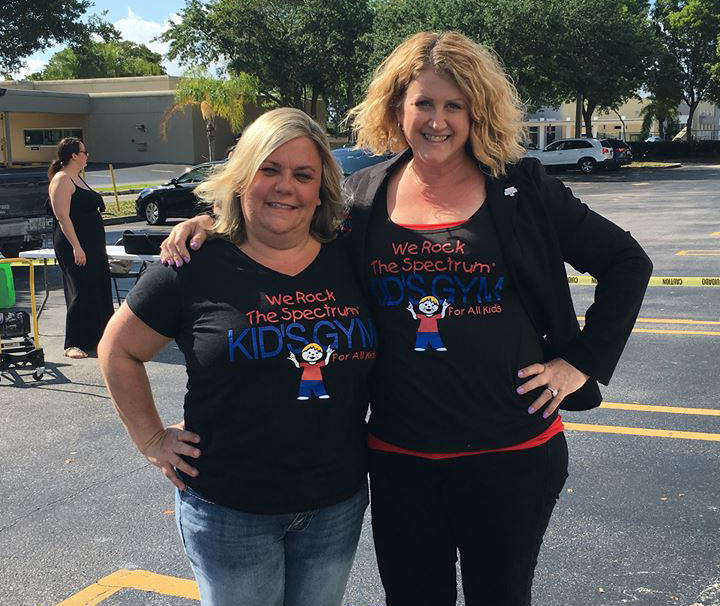 Gail Nobile Field, the now owner of We Rock the Spectrum – Boca Raton, is among our We Rock pioneers. Back in 2013, Gail found herself at a loss trying to find a safe, welcoming place for her son Jayson to play. She scoured the Internet for a solution but found that no children’s establishments in South Florida were full inclusive and would cater to Jayson. One day, however, her search led to a gym called We Rock the Spectrum, all the way in Southern California.

“This was exactly what I was looking for,” Gail recalls. 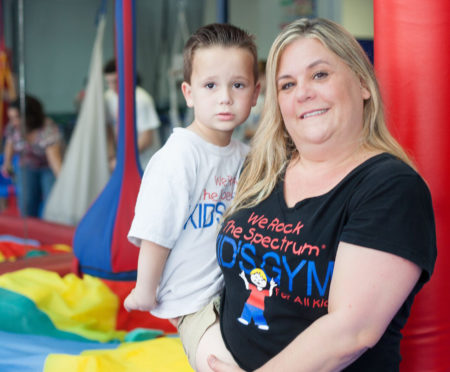 Gail and her son Jayson

After a series of emails and phone calls, Gail was able to meet with We Rock the Spectrum CEO and Founder, Dina Kimmel and the rest, as we say, was history. Gail signed the papers to open her gym in Boca Raton in May of 2014, making We Rock the Spectrum a nationwide franchise.

Over the years, We Rock the Spectrum has grown immensely—60+ locations around the world, a mobile gym called We Rock on Wheels, and much more. To keep up with this amazing growth, we decided to expand our corporate team to the East Coast in 2016.

On Sunday, May 7th the celebration takes place at We Rock the Spectrum – Boca Raton. Not only will this be a celebration of two big We Rock anniversaries, but will also be a Resource Fair for the community of Boca Raton. The event will feature:

Most importantly, you’ll get a chance to meet We Rock the Spectrum CEO Dina Kimmel and COO Gail Nobile Field—two warriors moms who are the heart of We Rock the Spectrum. Hear their stories, share in their vision, and celebrate this movement of full-inclusion. 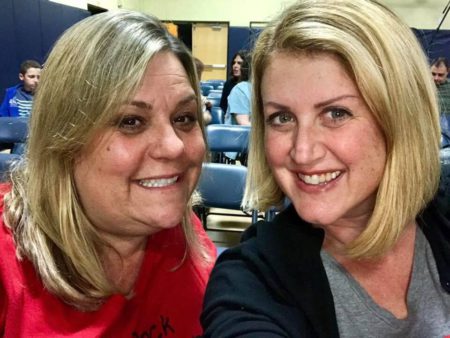 We hope to see you on Sunday! 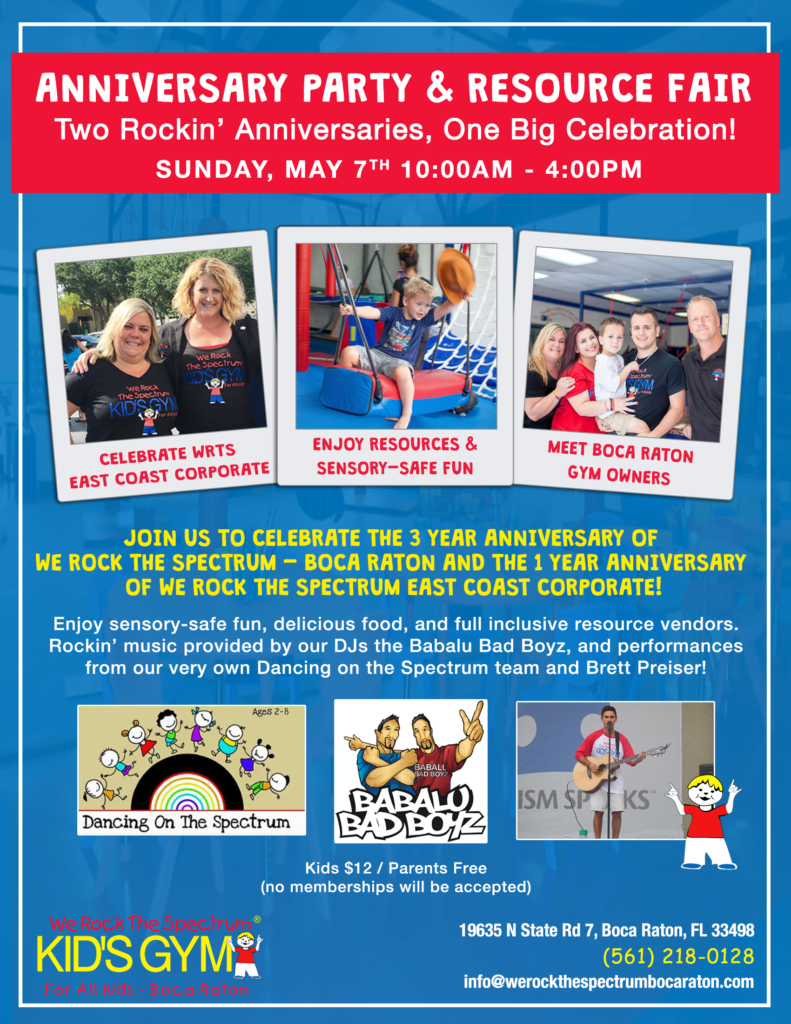 RSVP to the event here.