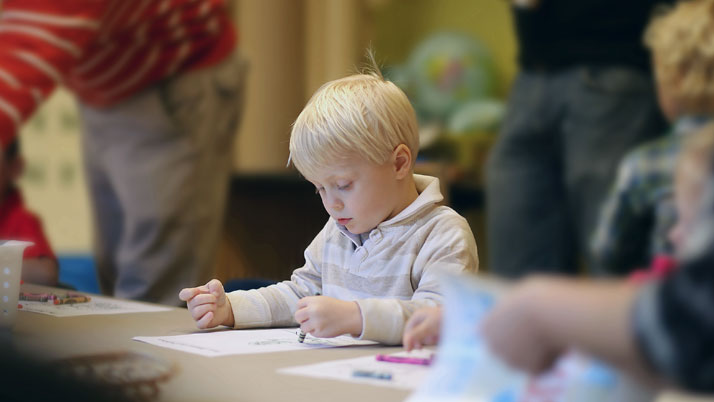 25 Words to Know When Discussing Autism

As the sensory gym for autism and children of ALL abilities,We Rock the Spectrum serves families from all walks of life. Some are very familiar with the autism community and the language to discuss it, while others are new to it all and learning. Either way, everyone has to start somewhere, and sharing helpful information about autism spectrum disorder is one of the best ways to spread understanding and awareness.

That’s why we’ve put together our own list of important terms that help to understand autism and many of the medical and therapeutic terms associated with it.

Here’s our list of the 25 must-know words when discussing Autism:

This is the repeating of sounds, words, or phrases. People who “echo” may not always be able to communicate effectively or express their own thoughts, but they parrot back what they have heard. If asked a question, they might repeat the question and not answer the question. Sometimes referred to as scripting.

Repeating or persisting with an action or behavior after the stimulus that prompted it has ceased. To perseverate is to become stuck on something and to not be able to mentally shift gears.

Applying the principles used for learning and motivation toward social situations or problems of social significance. Therapists use ABA Therapy to teach communication, play, social, academic, and self-care skills to those with autism while decreasing behaviors that are harmful or affect learning.

A plan that ensures a student with any disability, physical or mental, will receive accommodations that will help him or her to achieve academic success.

A plan developed to ensure that a child who has a disability will receive specialized instruction and related services so he or she may be educated effectively.

A change from one environment or activity to another. Transitions can be hard for a person with autism. It sometimes helps if warnings are given before a transition.

Often mistaken as temper tantrums, meltdowns are common with people who have autism and are typically not anger-infused. Instead, it is the body’s way of reacting to a confusing or over-stimulating situation. Meltdowns can be loud or they can be very quiet.

Repetitive behavior (such as the spinning of objects, rocking back and forth, clapping), vocal echoes, or other repetitive actions that people with autism commonly partake in to alleviate the stressors of overstimulation.

A visual schedule tells a person what to expect next and in what order. People with autism often benefit from knowing what is next as it may be harder for them to transition from one activity to another.

To leave without permission or without letting others know where you are going, and without processing the dangers/risks involved in leaving. Elopement is a great concern in the autism community.

To have detailed knowledge in a specialized field. A small percentage of people with autism are savants. Savants may have many different skills not specific to one field.

A skill that is stronger than the other skills a person has. A person with autism might be able to do one or more things really well but have far less ability in other areas.

A neurological condition that exists when sensory signals are not adequately processed in order to appropriately respond to the demands of the environment. For example, many people with sensory processing disorder are highly sensitive to fabrics and certain food textures.

Our vestibular system (or sensory system) gives us an awareness of balance and spatial orientation so we can coordinate our movements. People with autism have a harder time managing their movements, such as their walk and gait.

Proprioception is our body’s ability to sense the position of our body parts in relation to one another and the amount of strength it takes to create movement. This sense lets us know exactly where specific body parts are, their position, and their capability of movement. An example of proprioception would be clapping or pushing and pulling.

The simultaneous presence of two chronic diseases or conditions in a patient. Many things are often comorbid with autism, including epilepsy and obsessive-compulsive disorder (OCD).

A social-communicative skill that’s developed early and includes pointing, sharing interests, and following the eye gaze of others. Most children like to say, “Watch me” to others as they play. They point things out in their environment so they are sure others are seeing what they see. Children with autism often participate in little or no joint attention.

The rhythm and melody of spoken language. Prosody is shown in the rate, pitch, stress, inflection, and intonation used in our speech. People with autism have a harder time with intonation, and can often be more monotone or speak in a singing voice.

A structured way of teaching in simple steps. A task is broken down and taught in steps and then built back up to the entire task. Discrete trial is used in ABA therapy.

A type of psychotherapy in which negative patterns of thought about the self and the world are challenged in order to alter unwanted behavior patterns or treat mood disorders such as depression. People with autism struggle with anxiety and depression alike. Cognitive-behavioral therapy has been shown to help reduce these feelings and behaviors associated with them by working to adjust thoughts and perceptions.

Neurotypical is a term used in the autistic community as a label for people whose neurological development and state are consistent with what most people would perceive as normal in their ability to process linguistic information and social cues. In simple terms, it describes those who are not on the autism spectrum.

The practice of inclusion is based on educating all or most children in the same classroom, including children with physical, mental, and developmental disabilities. However, inclusion is becoming more about providing a welcoming environment that a person on the spectrum needs and deserves since the challenges that they face can often make it difficult for them to interact with other people.

With this new knowledge, you’ll be better prepared to help the people in your life who have autism, or a relative with autism. As you may well know from helping a child with autism navigate the world, knowing the words for something you’re experiencing can make a huge difference.

Want to be a resource for people with autism and families with autistic children in your community? Contact us about opening your own We Rock the Spectrum franchise.