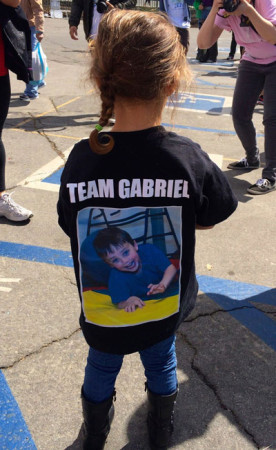 In 2014, We Rock the Spectrum Kid’s Gym was honored with being the Grand Club Sponsor for the April 26th, Walk Now for Autism Speaks event. Autism Speaks is an autism advocacy organization in the United States that sponsors autism research and conducts awareness and outreach activities aimed at families, governments, and the public. They host national events year round to increase autism awareness and help provide support for families in the Autism Community.

The Walk Now event took place at the Rose Bowl in Pasadena, CA and was a huge success. More than 55,000 people showed their support and gathered to create awareness for the autism community. In the end, the walk helped to raise $1.68 Million for Autism Speaks, with the We Rock the Spectrum team raising more than $6,000!

Many of the We Rockers were honored to go on stage and lead the crowd in a warm up walk to kick off the event. We lead everyone through stretches, jumps, and cheers for their different teams. The energy of the crowd was hopeful and excited, making it a truly memorable event.