We Rock the Spectrum and Walk Now for Autism Speaks 2016

On Saturday, April 2nd 2016, We Rock the Spectrum Kid’s Gym was proud to participate in the annual Walk Now for Autism Speaks as a Community Sponsor.

Autism Speaks is an autism advocacy organization in the United States that sponsors autism research and conducts awareness and outreach activities aimed at families, governments, and the public. Each year, they do a walk to raise money and awareness for autism spectrum disorder.

The Walk Now event took place at the Rose Bowl in Pasadena, CA and it was a huge success! Thousands of people showed their support and gathered to raise awareness for the autism community. In the end, the walk helped to raise $1.3 Million for Autism Speaks!

Local WRTS gym owners and their family and friends came together, creating a giant We Rock the Spectrum team! This year was especially important for CEO and Founder Dina Kimmel, because it was the first year her son Gabriel, who has autism and was the inspiration behind WRTS, was able to complete the walk.
As the Community Sponsor for this Walk Now event, WRTS had two booths set up at the end of the walk where kids could play on a mini gym, which featured a trampoline, a slide, a tunnel, and an arts and crafts station. WRTS also passed out free open play coupons to everyone who visited the booth.

This event was truly memorable and amazing. Families from all over came together and created a compassionate, hopeful, and loving environment for all. We Rock the Spectrum is happy to be a part of this extraordinary event, and looking forward to next year’s walk already! 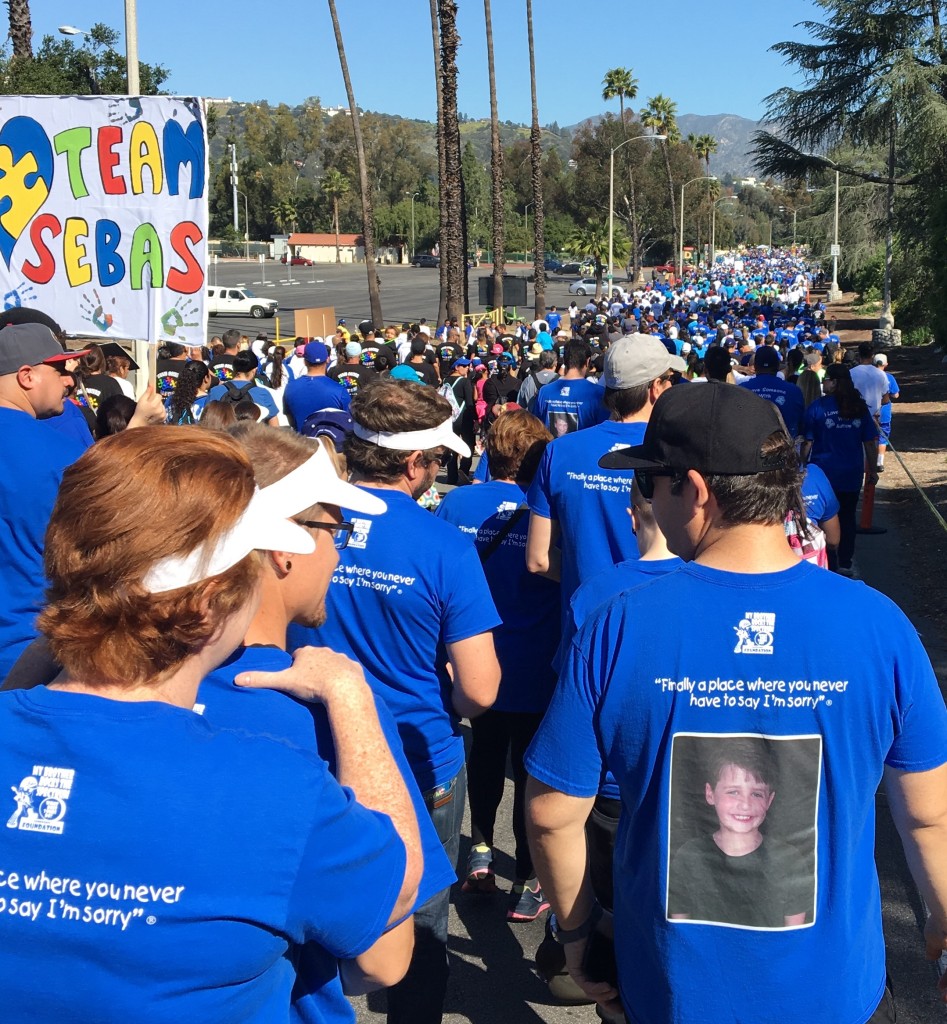 View Photos from the Event