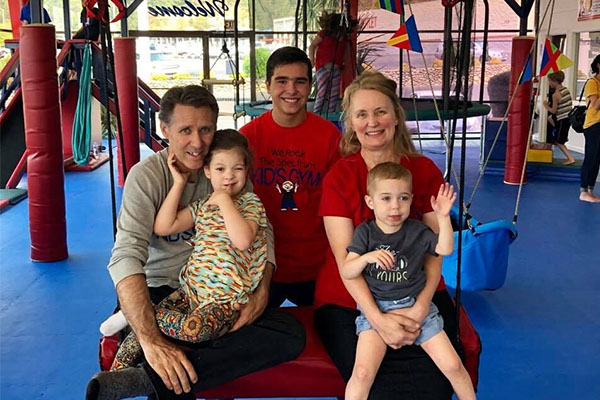 The We Rock the Spectrum Kid’s Gym Franchise has 11 active gyms in Southern California, and welcomed a new gym in Northern California – an extra special location as it was opened in the CEO and Founder, Dina Kimmel’s, hometown of Placerville, California! We Rock the Spectrum – Placerville, which celebrated its grand opening on Saturday, July 28th, 2018, is run by Keri McAtee, who also happens to be a childhood friend of Dina Kimmel.

Keri and her husband, Patrick, are high school sweethearts who have been married for 31 years! Their main inspiration for opening a We Rock the Spectrum Kid’s Gym was one of their foster children, Samuel, who they ended up adopting as their own. Abandoned at birth, Samuel had a stroke in-utero, was deaf and blind, and showed severe brain damage on his MRI. Keri recalls it being love at first sight with Samuel!  At the age of four, Samuel’s life was cut short as he became very ill and passed away. Even within those four years, Keri and Patrick learned so much about sensory processing and the importance of a sensory-safe place to bring your child.

Their grand opening event was packed with families from all over the El Dorado County, including Dina Kimmel, who drove up to visit her hometown and see all the familiar faces! FOX 40 News, as well as The Mountain Democrat came out to share the story of We Rock the Spectrum – Placerville. They also had an array of donations from local businesses including The Buttercup Pantry, Cuppa Coffee & More, Main Street Melters, Apple Bistro and more!

The We Rock the Spectrum Kid’s Gym Corporate Team would like to send a huge congratulations to Keri and Patrick McAtee on a successful grand opening! We know you are going to ROCK it. 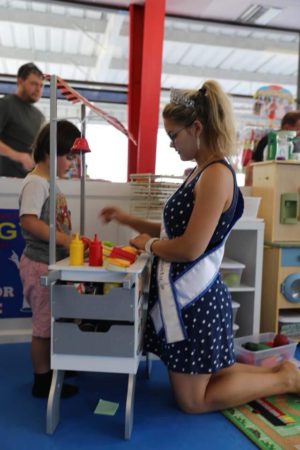 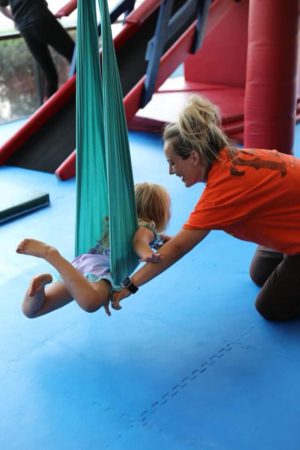