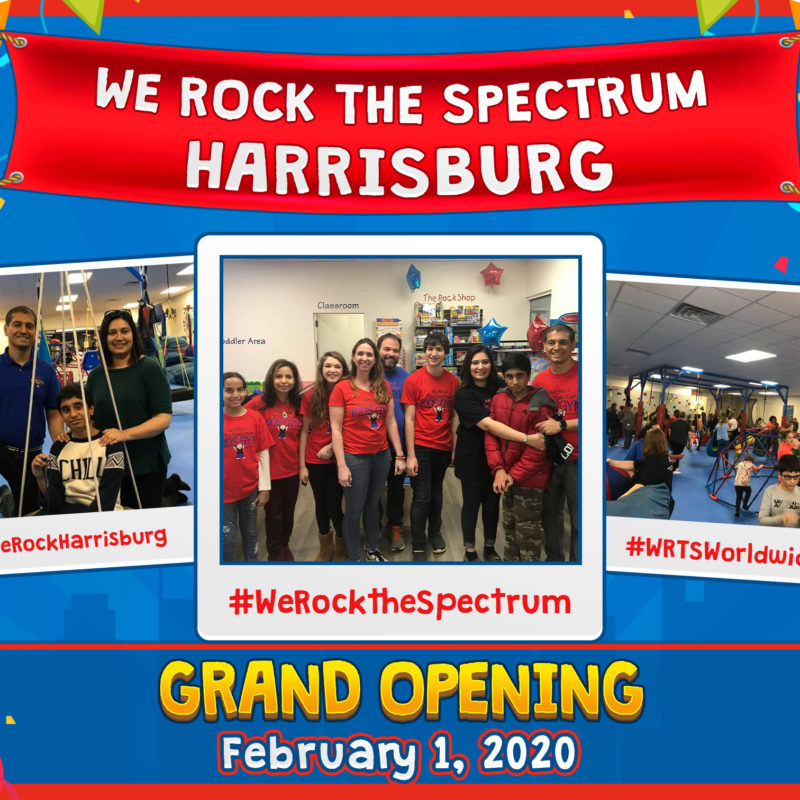 We Rock the Spectrum – Harrisburg set the record for the biggest Grand Opening in We Rock history this past Saturday, February 1st! Shane Stahl from the Corporate team, along with Trey and Nikki Wooton, Forest Hill’s very own We Rock the Spectrum gym owners, flew out to Harrisburg to show their ROCKIN’ support! Even CBS Local 21 News and ABC 27 News came out to cover the event. 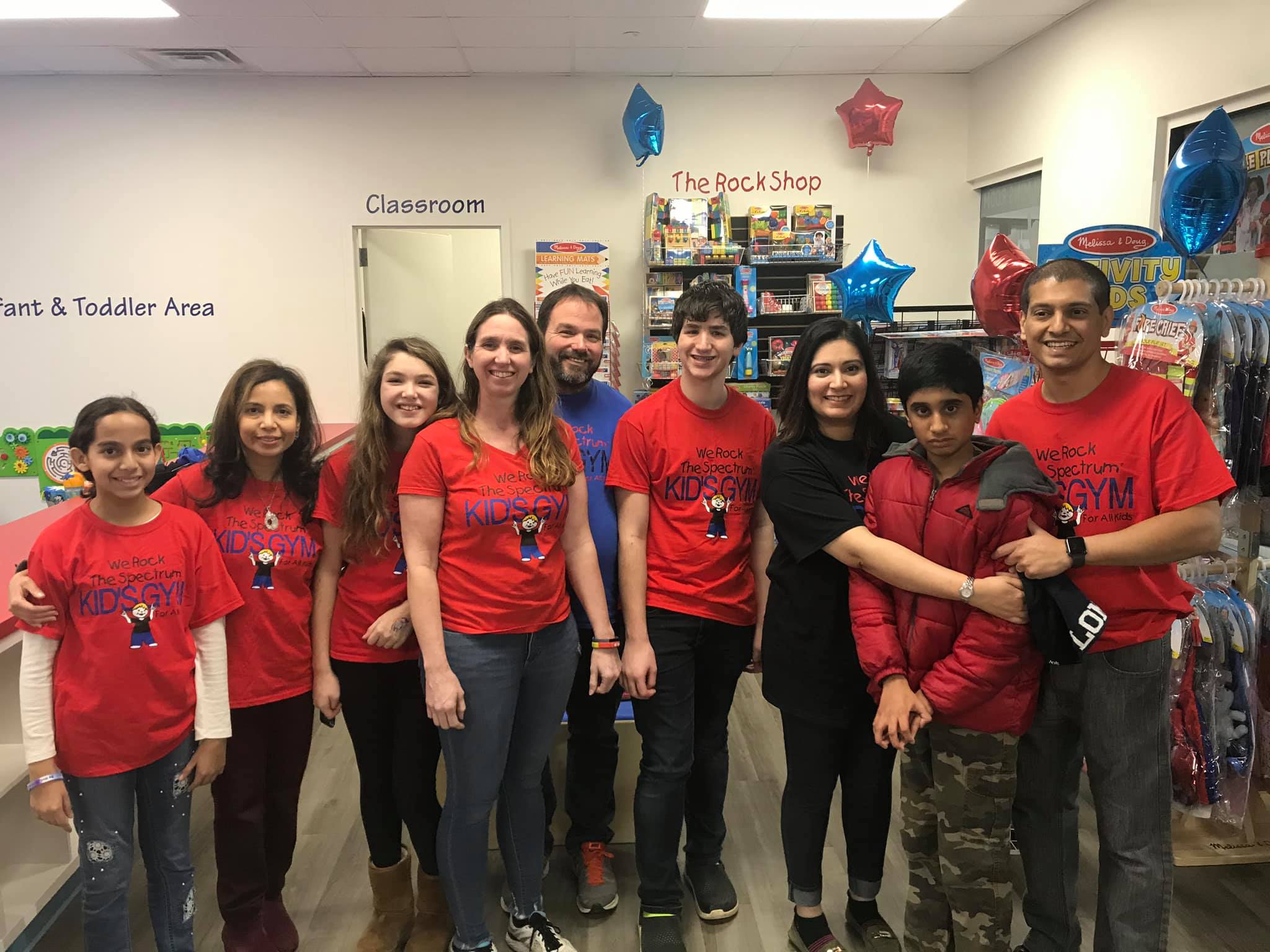 Ali Jaffry is the new owner of We Rock the Spectrum – Harrisburg. Ali and his wife, Aiesha, are parents to their 12-year-old son, Herad, who is on the spectrum. As part of a community of parents who face similar challenges, he realized the need for a safe and fun space for kids with special needs. Ali began his journey to help his son’s community and discovered We Rock the Spectrum. His mission is to provide a resource for their community where ALL children can come together and play while improving their communication, social, behavior, and fine and gross motor skills. Ali and Aiesha look forward to getting to know and working with the families of the Central Pennsylvania area. 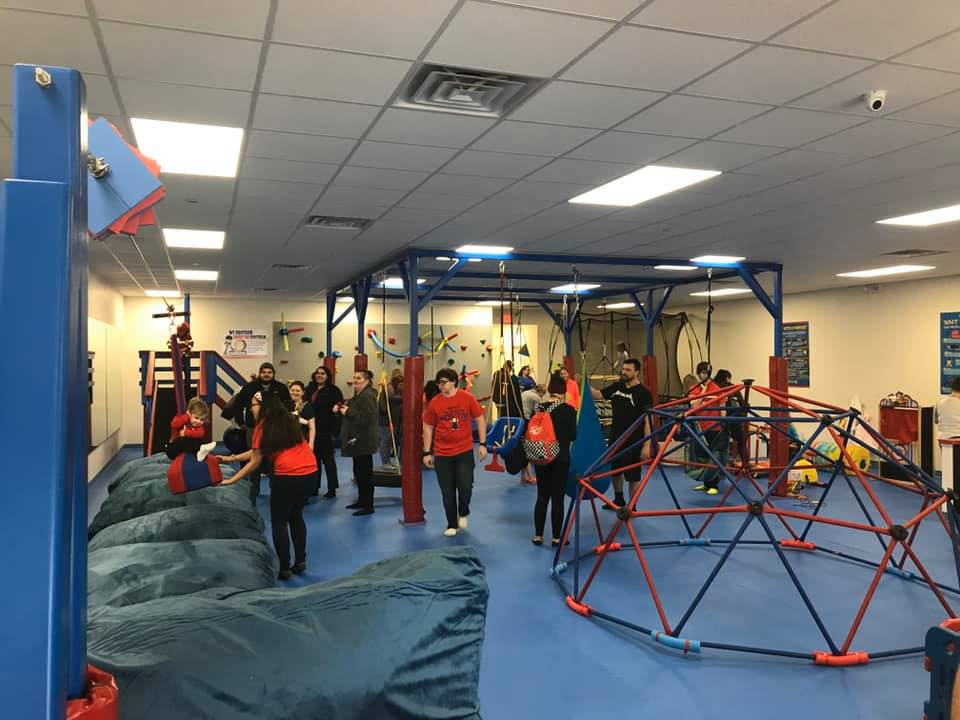 Ali hosted the biggest grand opening in We Rock history! He hosted local vendors and special needs resources for parents and held sensory-safe activities for the kids. Kids were able to enjoy Open Play with full access to all the equipment in the gym—from the swings to the arts and crafts table. 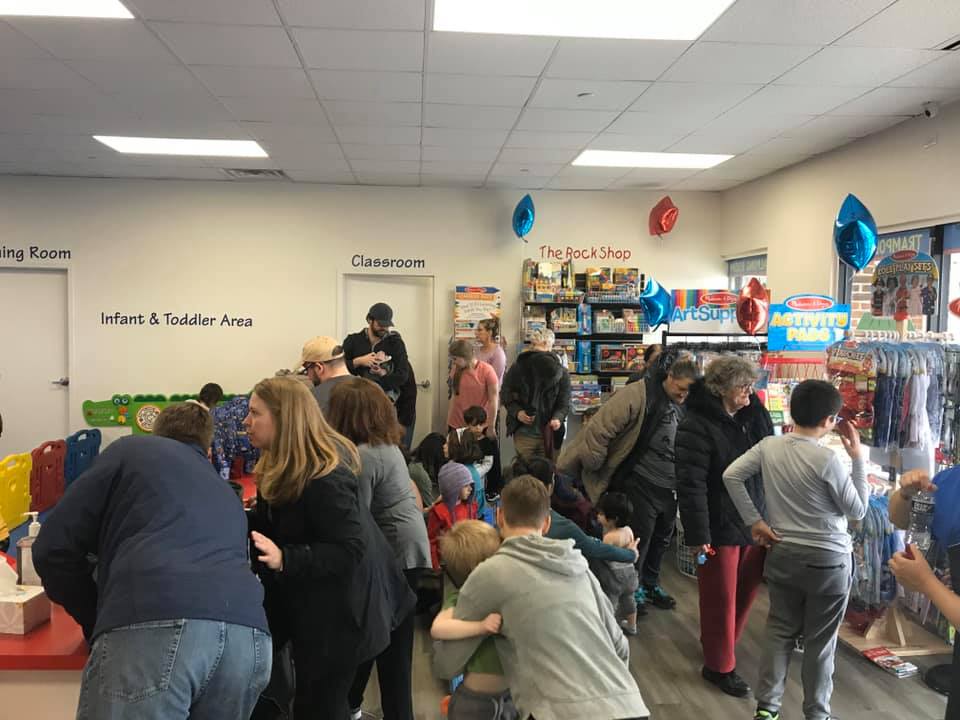 A huge thank you to the Harrisburg community, as well as Shane and the Forest Hill gym owners, for a ROCKIN’ Grand Opening! We can’t wait to see what Ali and his We Rock team have in store for We Rock the Spectrum in Harrisburg.