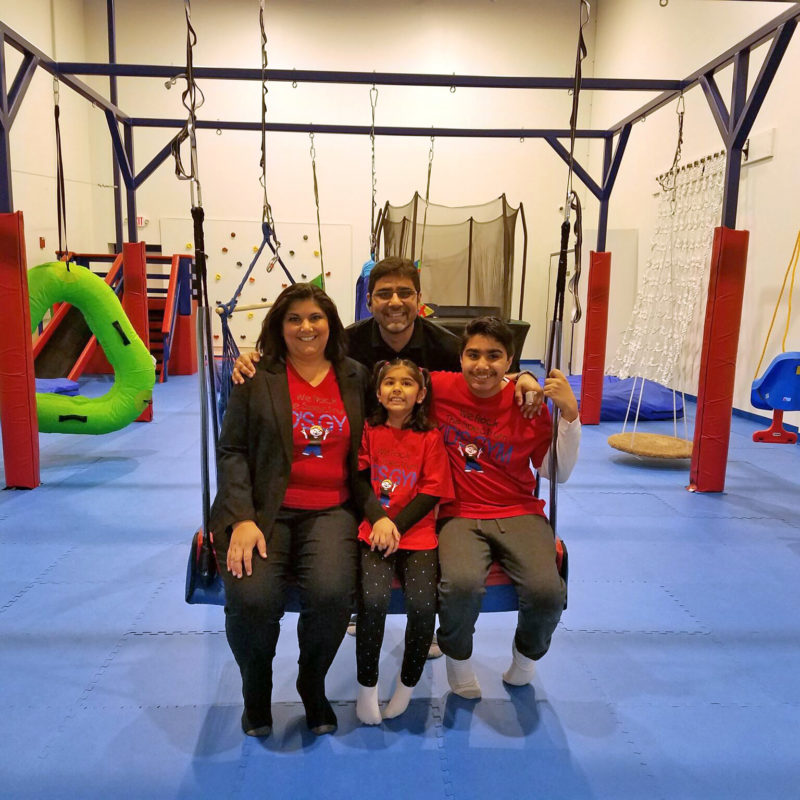 The We Rock the Spectrum franchise expanded to Northern Virginia on Saturday, February 24th, 2018, as they celebrated the grand opening of We Rock the Spectrum – Loudoun. Anjali and Manish Gulati, the owners of the brand new gym, have two children together – a 5-year-old daughter and a 13-year-old son. Their journey with autism began when their son was diagnosed with ADHD, ASD and SPD in early elementary school. As he grew older, Anjali made it her mission to find places where he would not only feel safe, but also gain the strength and coordination he needed to reach his full potential. After not having much luck finding such a place, Anjali felt it was fate as she stumbled upon the We Rock the Spectrum brand. She knew how much the Northern Virginia area was in need of a facility like this, so she was beyond excited to be able to bring this unique opportunity to her community.