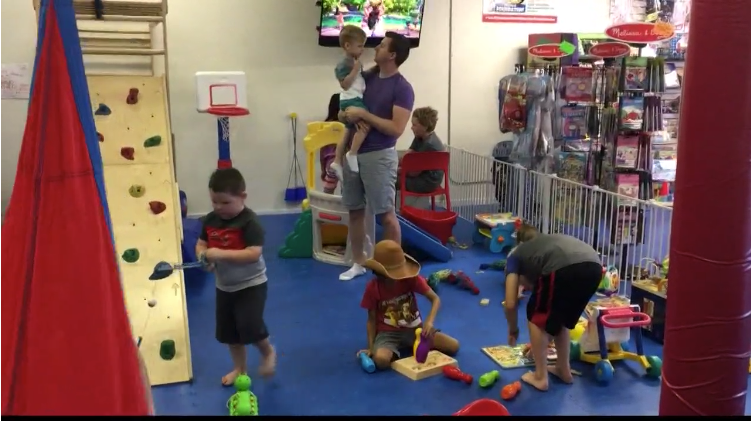 ST. LOUIS – There was a big show of support for increasing autism awareness this weekend. The St. Louis chapter of Autism Speaks hosted two community events Friday and Saturday.

The organization held a fundraiser at historic Soulard restaurant Hammerstone’s on Friday. The restaurant was full of customers and people who took part in a 50/50 raffle and a raffle for Cardinals tickets in an effort to raise funds.

5 On Your Side’s Christina Coleman and her husband Eric Messersmith emceed the event. They’re son was diagnosed with Autism when he was 2-years-old.

Corey Hammerstone created a signature blue drink in honor of the event. Members of the 5 On Your Side news team also showed up to the fundraiser at Hammerstone’s.

Autism Speaks hosted a presentation for families Saturday morning at “We Rock the Spectrum” in Fenton. It has an inclusive indoor playground designed to provide all children, including children with autism, with a safe place to play.