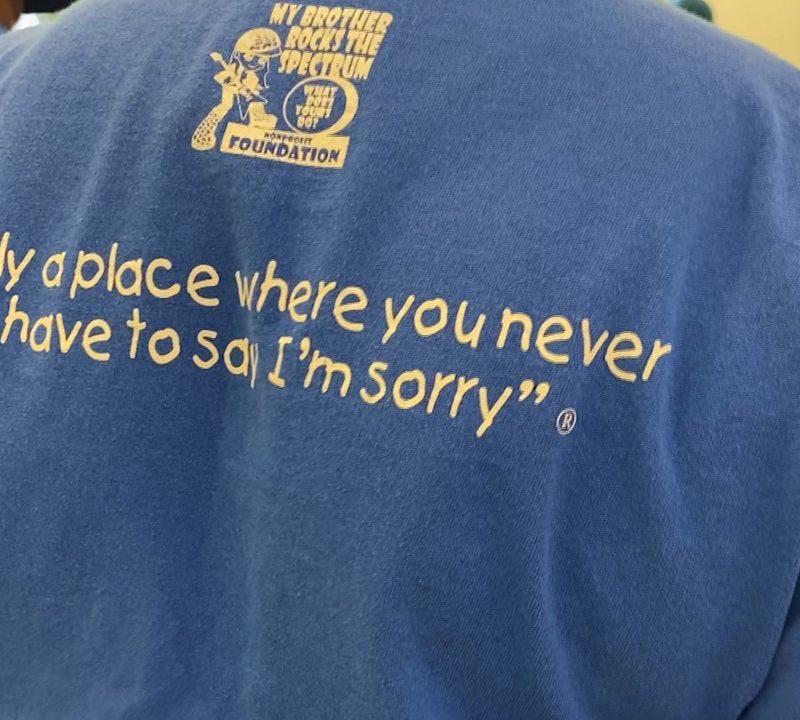 Kids gym focuses on playing with kids of all abilities

CINCINNATI — Being a special needs parent can be extremely challenging which is why one mother-daughter duo decided to open up a business to make it just a little bit easier.

​​​A normal day at We Rock the Spectrum kids’ gym consists of lots of playing and laughing, but this gym is extra special.

“There’s always a benefit to having some recreation in your life,” Taylor Singleton, the co-owner of We Rock the Spectrum kids gym in Cincinnati.

Singleton and her mom opened the gym in Cincinnati just a year ago. All with the hopes of allowing all kids, regardless of their abilities, to play together.

“We want everyone to be able to play together and say no matter what if that person is different than me, that’s my friend and I play with them,” Singleton said.

Singleton said the idea to open the franchise came to her because of her nephew.

“So this here is my nephew Alex,” she said. “So Alex just recently turned 12. So he got diagnosed when he was about 4.”

And now, that dream is a reality. Singleton shares that each piece of equipment is well thought out.

“It’s really good for the social skills part of all of this,” she explained. “We can fit about four to five friends on it at one time and they can all spin and laugh and do all of that together. They also sometimes have to hang on together because if they’re spinning too fast. So it really encourages interaction between peers.”

For parents of kids on the spectrum, this gym has been a game-changer.

“They’re like family,” said Melissa Lucas, a mom to twins on the autism spectrum. “It actually amazes me how much they love my kids and even the other kids almost to the point where you’re like is that real? But it is! They’re such a blessing.”

And after being open for just a year, Singleton said she’s seen improvement among the kids.

“I’ve seen so much progress with the kids that we have,” Singleton said. “I have kids who have limited speech and now they’re going up and saying ‘Hi friend’ to whoever is coming into the gym.”

She said the hope is to always be intentional to help these kids.

“Just because it’s a fun thing doesn’t mean it doesn’t have to have a benefit as well,” she said.