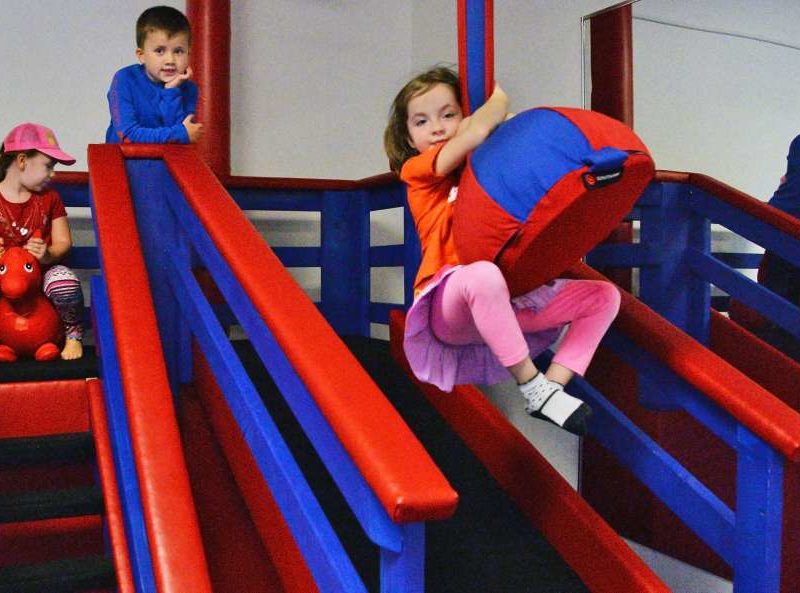 There’s a new gym for children in Ballston Spa unlike any other in the Capital Region.

We Rock the Spectrum is a franchise founded in California in 2010 by a mom who had trouble finding the right fit for her son with autism.

Often, Dina Kimmel would take her son, Gabriel, to play somewhere, only to have him become overstimulated by the environment and have a meltdown. Kimmel found herself apologizing far too often to other parents for her son’s behavior.

“Finally a place where I never have to say, ‘I’m sorry,’ ” became Kimmel’s motto as she founded We Rock the Spectrum. The idea spread, and 60 franchises have opened in 22 states since Kimmel launched the venture in 2013.

Eva Millard, who owns We Rock the Spectrum in Ballston Spa, doesn’t have a child with a sensory disorder. Her 5-year-old daughter, Emilia, is neurotypical. But as an occupational therapist in a local school for children with autism, Millard often met with parents who couldn’t find anywhere to bring their children to play.