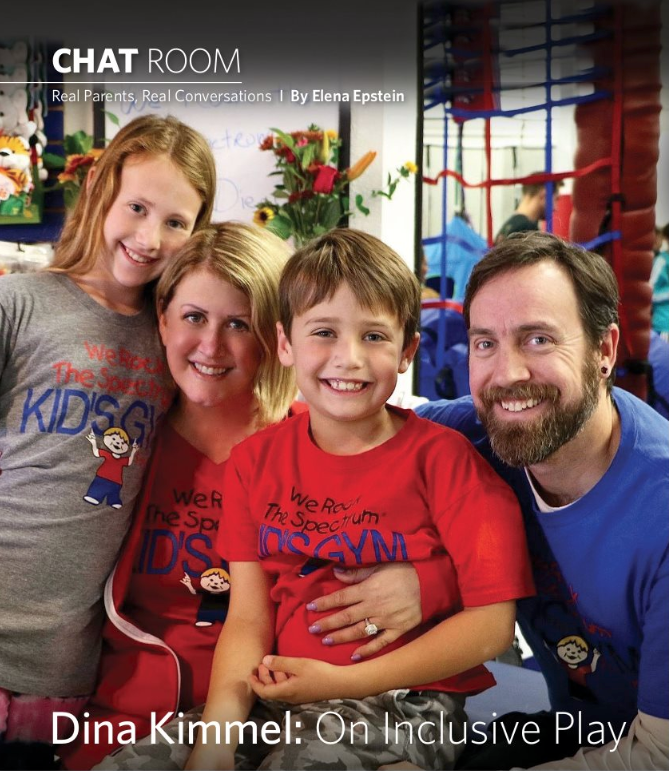 Dina Kimmel has always been an entrepreneur. She launched two successful boutiques in North Hollywood in her 20s and 30s. But her business adventures turned personal when her son, Gabriel, was diagnosed with autism spectrum disorder at age 2. With diagnosis came an overwhelming array of therapy appointments for Gabriel and the quest to preserve some sense of normalcy for her daughter, Sophia, who was 5 at the time.

Kimmel discovered that Gabriel was happiest during occupational therapy where he could swing and jump on a trampoline to help with his muscle development, coordination and sensory processing. So, she turned one room in her house into a sensory-safe play gym. Gabriel started sleeping better and had fewer tantrums. But something else happened that was equally wonderful: For the first time, Kimmel’s kids were playing together. The idea for We Rock the Spectrum Kid’s Gym was born. The first gym opened in 2010 in Tarzana. There are now 62 We Rock the Spectrum locations in 22 states – all run by trained therapists or families of children with disabilities. And in 2016, the first sensory bus “We Rock on Wheels” was launched and the first international gym opened in Malaysia.