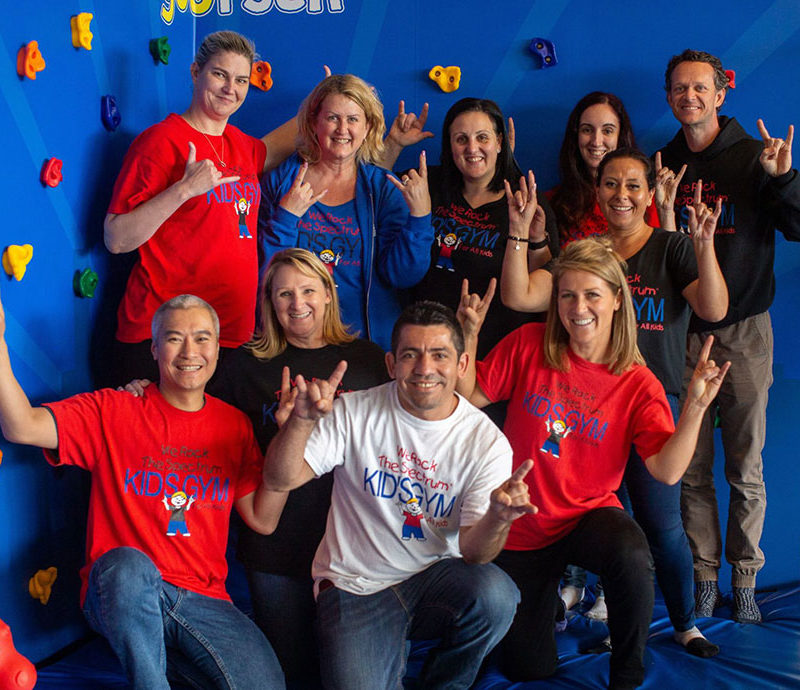 Less than one year after launching in Australia, specialised gym franchise We Rock the Spectrum is making good on its promise to help special needs children across the country.

At the brand’s inaugural Team Australia conference, We Rock the Spectrum welcomed four new owners to the mix. The new operators will steer expansion across New South Wales and Victoria, with all gyms expected to open before year’s end.

The purpose-built centres incorporate specialised equipment such as slides, swings and zip-lines. All activities are aimed at aiding sensory and motor-skill development of children with processing disorders.

Sally Johnson is the Australian master franchisee who launched the model last year. The Victorian mum said the community support she has received has been truly inspiring.

“We’ve been so thrilled first off from a base level with the support from the local community with all of the things that we had hoped would happen in our single gym,” Johnson told Inside Franchise Business.

“We have a great mix of mainstream families and families with a special needs child. It’s been fantastic to see them learning from each other.”

Johnson revealed that since the Preston gym opened, she had been inundated with franchise enquiries.

“We had close to 200 enquiries come in. Nobody expected that, and what’s more, they were all amazing quality,” she said.

“They are coming from far-away places as well, perfectly positioned around the country. From Katherine to Margaret River, not places we’d put on our map.”

We Rock the Spectrum expansion

The latest four signings see We Rock the Spectrum unveil three sites in Victoria, at Geelong, Ringwood and Darebin, with New South Wales expansion in Wollongong and Western Sydney to follow.

“These were chosen as the initial round for a number of reasons, namely as they were people who stood out as ready to go, but also because they were in territories we knew would be successful and that had a real need,” Johnson said.

Johnson herself knows the importance of community programs and specialised businesses like this. Her son Digby was diagnosed with Autism and ADHD at age two, and she revealed a number of the new owners shared similar stories.

“We’ve seen interest from other families to open in their local communities. To be able to join with other passionate families who have their own history or experience in the sector has been really successful already,” she said.

Dina Kimmel, We Rock the Spectrum founder was there at the Team Australia conference and said she was humbled to see the impact her business had made on the Australian public.

“We have already boarded four new owners, we weren’t expecting to open past two, so it’s been a tremendous response,” Kimmel said.

“At the end of the day, I am simply a wife and mother of a child with autism who was inspired to create this model because we had nowhere else to go. Just talking to all of customers and the community both here and overseas is just gratifying beyond belief.” 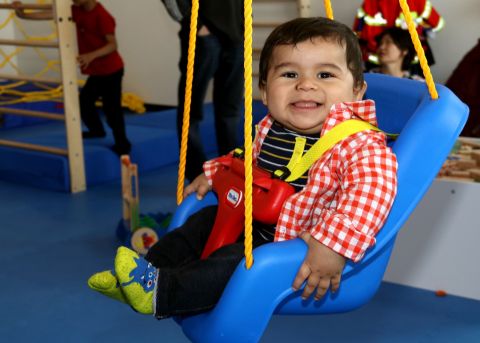 Aussie expansion announced for We Rock the Spectrum | Inside Franchise Business

The We Rock the Spectrum story

The We Rock the Spectrum story is remarkable one. Kimmel’s son Gabriel was diagnosed with autism at age two, prompting her to reassess her professional career.

“When you receive that diagnosis, like I did with my son Gabriel, I’ve never felt so lonely in my life,” Kimmel said.

“I just wanted to do anything and everything for my son, and I was seeking a community that didn’t exist five to ten years ago. The first We Rock the Spectrum gym was actually created in my home, and after seeing miracles happen with Gabriel and my daughter, who is not special needs, in terms of inclusion, I thought ‘there’s got to be more families out there who need this as well’.”

She was right. Within ten years We Rock the Spectrum has grown from one home-based gym to a network of over 80 locations worldwide.

Aside from its enormous presence in California and Florida, We Rock the Spectrum has also launched gyms in both Dubai and Canada over the last 12 months.

Kimmel revealed that further discussions are in the works for Saudi Arabia, with Malaysian and Singaporean growth expected to come this year.

“It’s an awesome thing that happens when you do something meaningful, you see a growth and it’s organic,” Kimmel said.

“It isn’t about growing too quickly or expanding rapidly, we really try and control that growth, and we’ve found that adding two countries per year works best.”

While international growth is certainly on the cards, for now the focus is firmly on Aussie expansion. Johnson revealed that the brand is likely to surpass its original target of 30 to 35 Australian gyms.

“Now just seeing the level of interest, not just from prospective owners but from regions, local councils and politicians saying ‘how can we help?’, I’m beginning to think that may have been conservative,” she joked.

The ‘mumpreneur’ believes that if the latest interest is anything to go by, We Rock the Spectrum will go a long way in achieving its business and cultural goals.

“We had a few tears over the weekend, not just appreciating the hard work that’s already paying off, but also the shift in the world that we’re a small part in creating. It’s heart-warming as a parent, not just as a business owner.”

Do you have a passion for working with children too? Take a look at these great franchising opportunities.