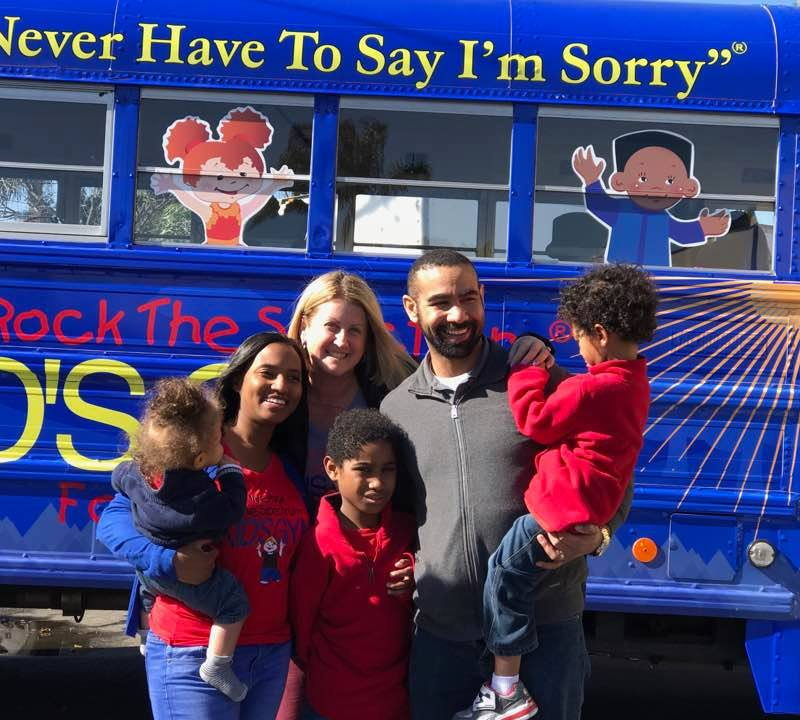 When I began the first We Rock the Spectrum, it came from a place of need. My son needed a place that would continue the amazing work he was doing with his occupational therapist. He needed sensory play almost every day. I thought others in our community may share the same need, and I opened up our first gym in Tarzana, California in 2010.

About four years into our journey, I realized that this need was bigger than I had imagined. It wasn’t just local, or national, it was global. That’s when I decided to franchise We Rock the Spectrum. Like any new venture, I did not know what to expect when making this move, but my hope was that there were people like me, motivated entrepreneurs, who were at a loss of what they could do professionally while caring for their children on the autism spectrum, who needed We Rock the same way I did years earlier.

My intuition was right, and since my first franchisee opened her doors in 2014 in Boca Raton, I have met so many Warrior Moms and Dads who have found purpose and promise through their We Rock the Spectrum gyms. I also found incredible franchisees in OTs, special education teachers, and loving families who shared our mission of inclusion for all kids.

The stories of our Warrior Parents are unique but one in the same. They are loving parents who needed a sensory gym for their children and were business leaders who brought our concept to their respective communities.

Here are a few of their stories:

Gail and John Field, We Rock the Spectrum – Boca Raton 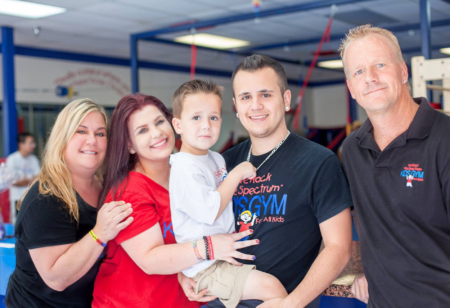 Gail Nobile Field, a mother of three and now the Chief Operating Officer for We Rock the Spectrum Worldwide, is a perfect example of a warrior mom. Gail’s journey of working with special needs families began shortly after her son, Jayson, was diagnosed with autism spectrum disorder. Upon the diagnosis, Gail began looking for any way she could help her son. She then discovered We Rock the Spectrum and signed papers to become the very first franchisee on December 26th, 2013. I soon recognized that Gail’s passion for the mission was infectious, and after only a year, I decided to make her location the East Coast Regional Training Facility. She continued to grow in her role and was promoted to COO in early 2017.

Her husband, John Field, is the Construction Consultant for We Rock the Spectrum and assists all the gyms with their equipment needs and buildout challenges. Together, the Fields took the first franchise gym and became integral parts of the entire company. Learn more about the Fields in the video below.

Brandi and John Boyd, We Rock the Spectrum – New Orleans 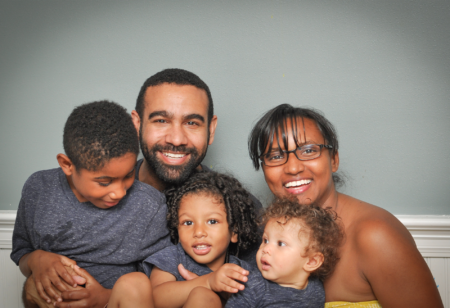 Brandi and John Boyd are parents to three wonderfully unique sons: Xavier, Adam, and Ethan. The Boyd’s eldest son, Xavier, was diagnosed with autism and has speech delays, sensory processing issues, and social challenges. Although he has challenges communicating, Xavier loves interacting with others.

While planning a trip and researching autism resources in the Houston area, the Boyds stumbled upon We Rock the Spectrum – Katy. They were overjoyed to find a place where not only their three rambunctious boys could play comfortably in a nurturing, sensory-safe environment, but all children who entered could play alongside others of any ability.

“Finally, a place where you never have to say I’m sorry!”

They vowed to bring We Rock the Spectrum to New Orleans. They opened their doors in the fall of 2017 and the gym has already been a blessing – not just to the Boyd family but to many families seeking a great place for their kids to play and be themselves. 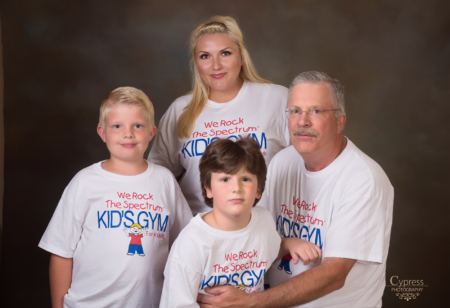 Lana Hornak is the mother of two beautiful boys, George and John. John was diagnosed with autism spectrum disorder and as he grew older, Lana realized she needed to find safe places for him to play with his brother which proved to be very challenging. Lana learned about We Rock the Spectrum through her Facebook feed and was overjoyed at the fact that she discovered “a place where you never have to say I’m sorry.” Lana immediately knew she had to bring this amazing opportunity to her community. We Rock the Spectrum – Cypress opened in the fall of 2015. It was the first Houston area location and has since inspired three additional gyms in the metro area to open as well. 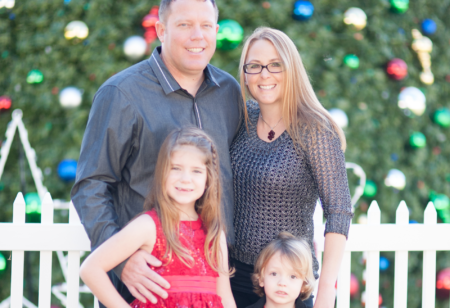 Janet Burrows is a mother to two beautiful children, one of which, Eden, is on the spectrum. Janet and her husband dedicated their time towards helping Eden achieve things that once seemed impossible. In 2011, along with the joy of the birth of their second child, came the realization that neurotypical children could benefit from a sensory diet as well. They set out on a quest to find a place where all children could simply play, dance, and have fun.

Their dream was to find a place that allowed children to dance and tumble for the sheer enjoyment and benefits, without the competition. Too many places seemed like they were training kids for the Olympics! They longed for a place where all children could paint and play without being judged by their peers. This search happily led them to We Rock the Spectrum. Opening the gym in 2015 allowed the Burrows to provide a space for all parents to gather, while getting the support and information they needed.

Janet and her husband truly believe that it takes a village to raise a well-rounded child. 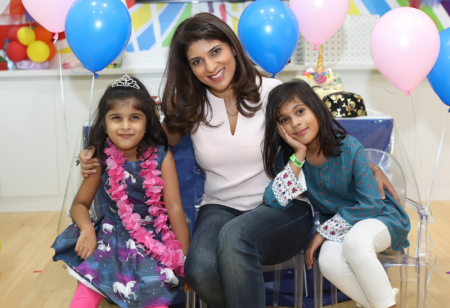 Dr. Nashila Jaffer has been practicing as a Chiropractor for the past fifteen years, and in recent years was treating more and more children with developmental delays, weak motor skills, and sensory issues. This led her to shift her career to a more child-oriented path. On a trip to the United States, she discovered We Rock the Spectrum and was inspired by the whole idea and framework. Nashila immediately knew Dubai would greatly benefit from having a We Rock the Spectrum gym! Nashila is a mother to two beautiful daughters and every day they give her a fresh perspective on life. She is passionate about raising awareness and educating parents on the importance of movement for all kids to lead a healthy, active lifestyle.

These are just a handful of the amazing entrepreneurs who have brought a sensory gym to their community. We have so many more incredible leaders that have helped us open over 70 gyms across the world and have supported our mission of inclusion for all kids.

Learn more about our owners by perusing our locations and find out about how so many families with different backgrounds have reinvented their respective careers by owning a We Rock the Spectrum kids gym!